With everyone's favourite zoya promo coming up soon, I thought I would share my zoya collection. 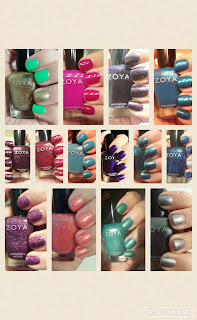 Zoya Charisma-a bright neon is red toned purple. In the pic, it makes it look more pink than real life

Zoya Payton-a beautiful eggplant jelly base with Zoya's well know scattered holographic effect. I have all 5 of the scattered holos zoya has.

Zoya Haven-red toned purple metallic, it is very glowy on the nail

Zoya Sansa-an eggplant jelly base with strong gold shimmer, beautiful colour, but I did totally get it for the name! Gotta love Game of thrones.

Zoya Ki-an oil slick duochrome from green to purple that is visible on the nail, just not my photo, lol. You can see the duochrome on the bottle. I few others that are similar, like Peace, Love & OPI and Essence Chic Reloaded.

Zoya Blaze-another Zoya holo. It has a red jelly base. I find the holo effect is a little subtle compared to some others.

Zoya Isa-a blue based purple jelly base with purple and blue shimmer. This was the star of summer 2015

Zoya Muse-a bright blue jelly based with gold shimmer and iridescent glitters. Very mermaid-y. I thought I would also mention how awesome Zoya customer service is. I originally order Renee, which when first launched looked like a neon coral but must have been reformulated since then to a browny red colour. Anyway I wrote to Zoya see if it was a bad batch and got to pick another colour of my choice, which ended up being Muse.

Zoya Aurora-a purple jelly base with scattered holographic effect. So pretty and the one with the most noticeable holo.

Zoya Fei Fei-a light blue base with multi coloured shimmer. I need to wear this again to get a better picture.

Zoya Harper-a bubblegum pink jelly base with a gold shimmer and iridescent glitter. From the same collection as Muse.

Zoya Dannii-when polishes are named after female names, you always end up getting the one close to yours, here's mine. It is an orchid purple base with silver and gold shimmer.

Zoya Storm-black jelly base with scattered holographic effect. The last of the photos I have.

I also have Ali, Hunter, Rebel and Anais but I can't find any pictures I took.
Posted by Unknown at 13:02 No comments:

Today I have Lotus Elise. This is the last one I got during the Rescue Beauty Lounge promotion. It is a dark pink almost red jelly with glass flecks. It is pretty and the formula was amazing to apply. 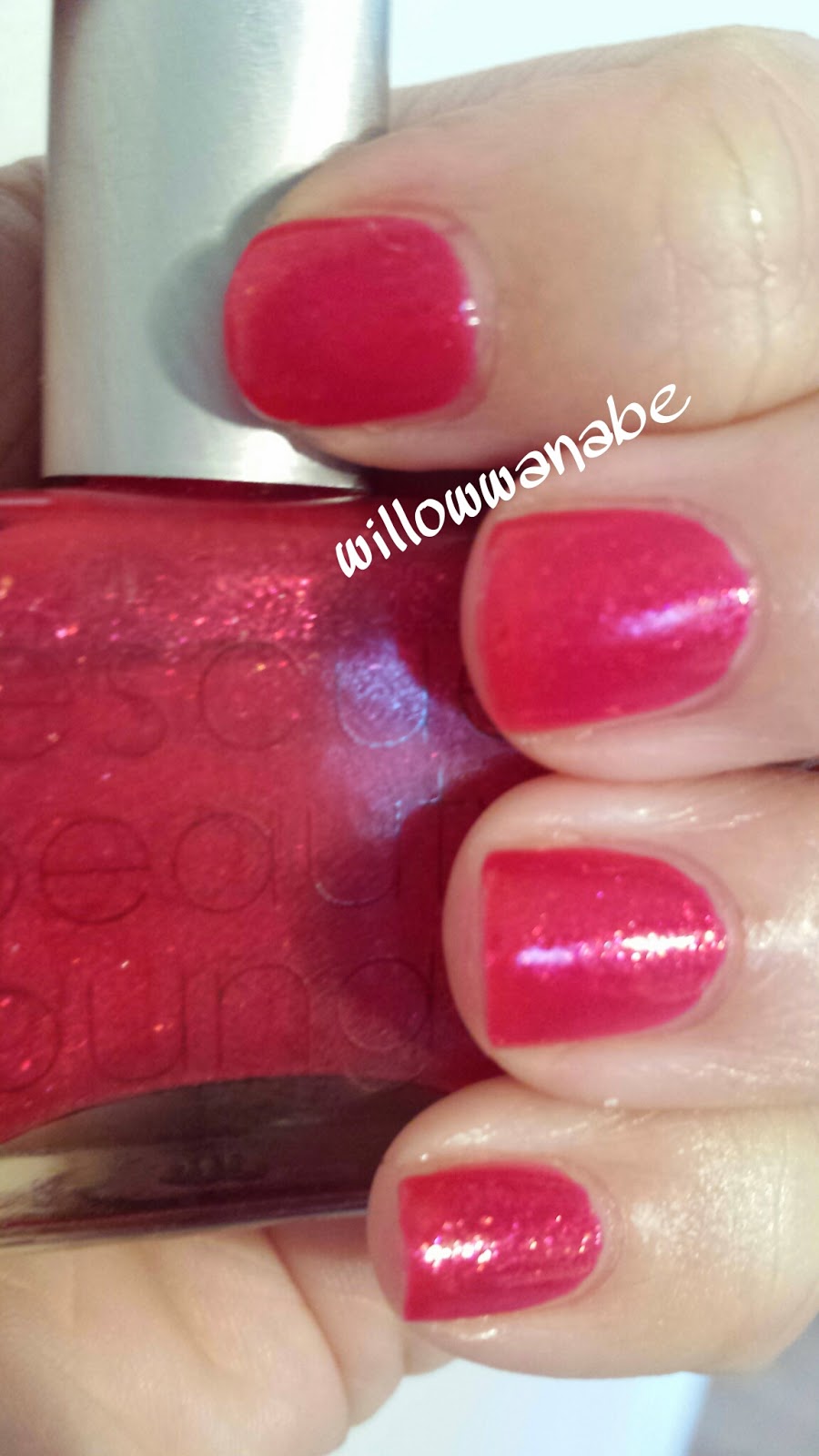 I have some nail mail from ILNP on the way. I can wait to try it. I love sales, lol
Posted by Unknown at 16:26 No comments:

Two posts in one day, I am a keener today. This is holo upon holo. Mirrorball is gorgeous. I was lucky enough to find this at Marshall's. 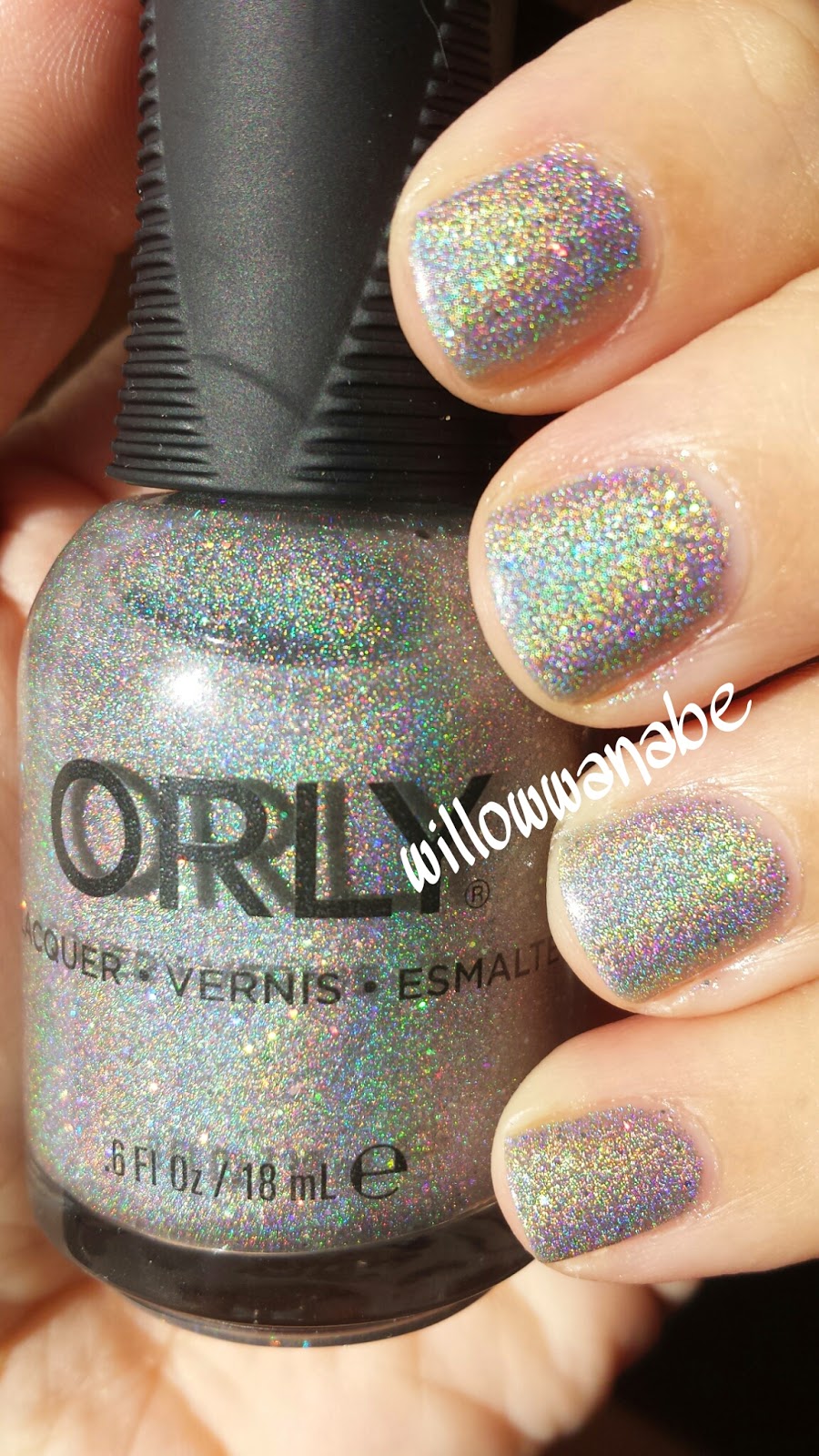 This is 3 coats. It didn't have the patchy application holos are known for. I only put this on today, so I am not sure of the wear time.
Posted by Unknown at 08:04 No comments:

Today I have two polish posts. All the overtime I have been working lately I feel so go, go, go. This is My Boyfriend Scales Walls from the spiderman collection a few years ago. I got it on clearance at the Chatters below my work. It is a off white in the grey tones. Unless you are beside something white you can't tell. It is a cream formula and I have 3 coats 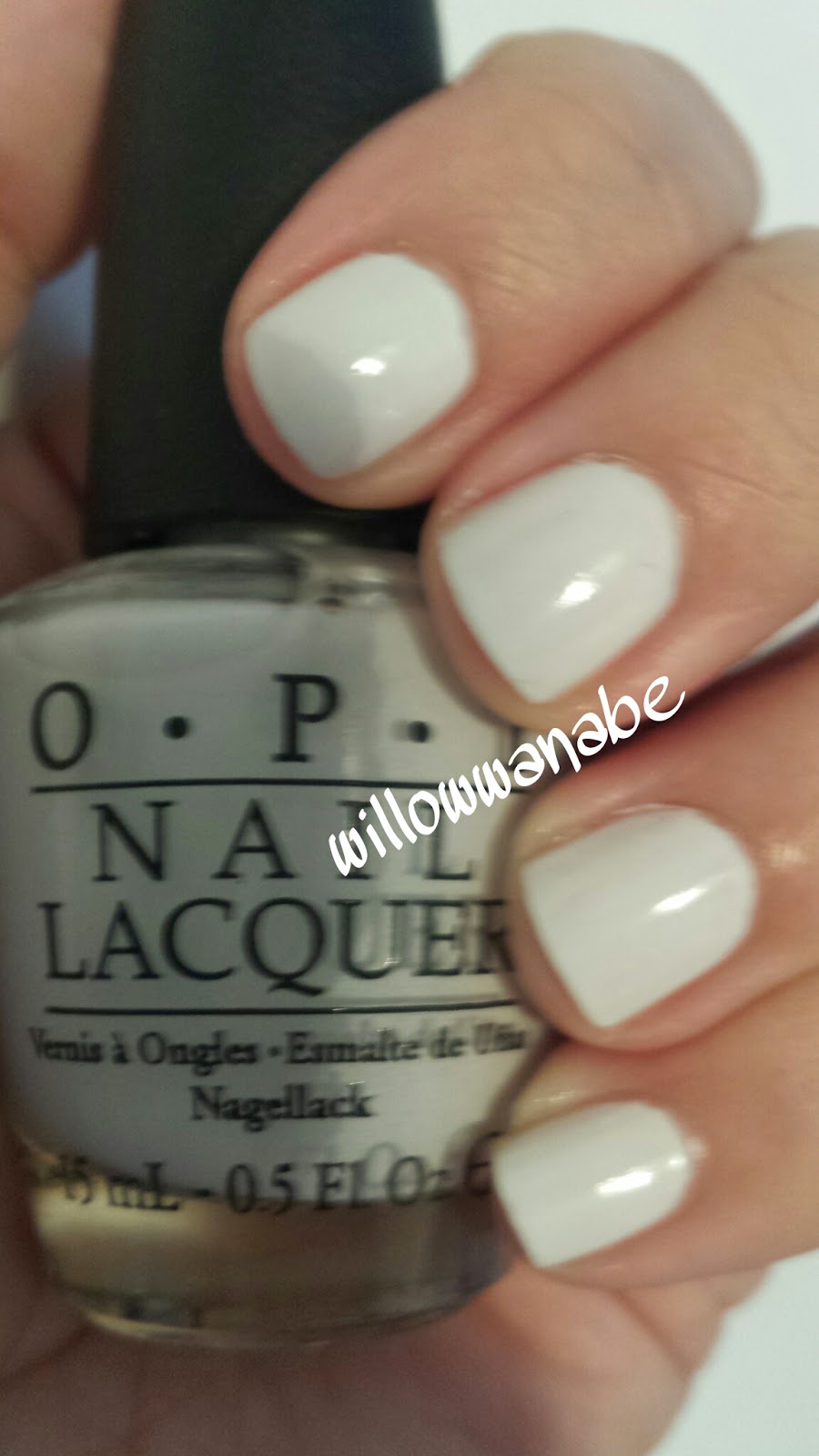 This is also the bf's favourite nail polish. I like how clean this looks when I am wearing it.

Today I have Pause from Rescue Beauty Lounge. It is a lovely purple with a glowy shimmer. This is one of those polishes that glows from within. It is Sooo pretty. 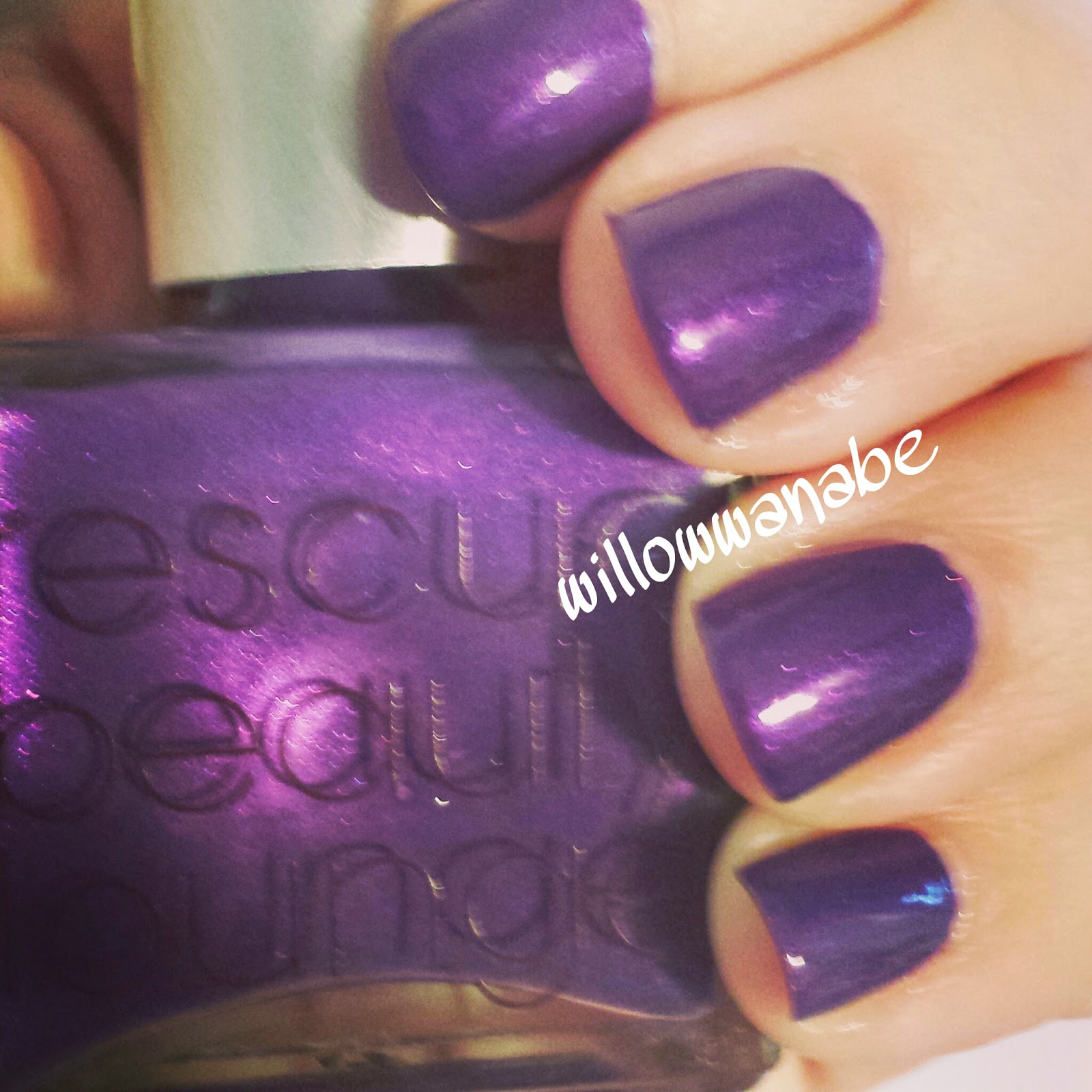 I got this during the last promotion!
Posted by Unknown at 15:13 No comments:

Today I have a collaboration polishes from Rescue Beauty Lounge create by Kellie Gonzo from http://www.kelliegonzo.com. Her swatches are fabulous and I have definitely read the blog end to end before.
It is a coral colour with gold shimmer. It is so summery and fun. 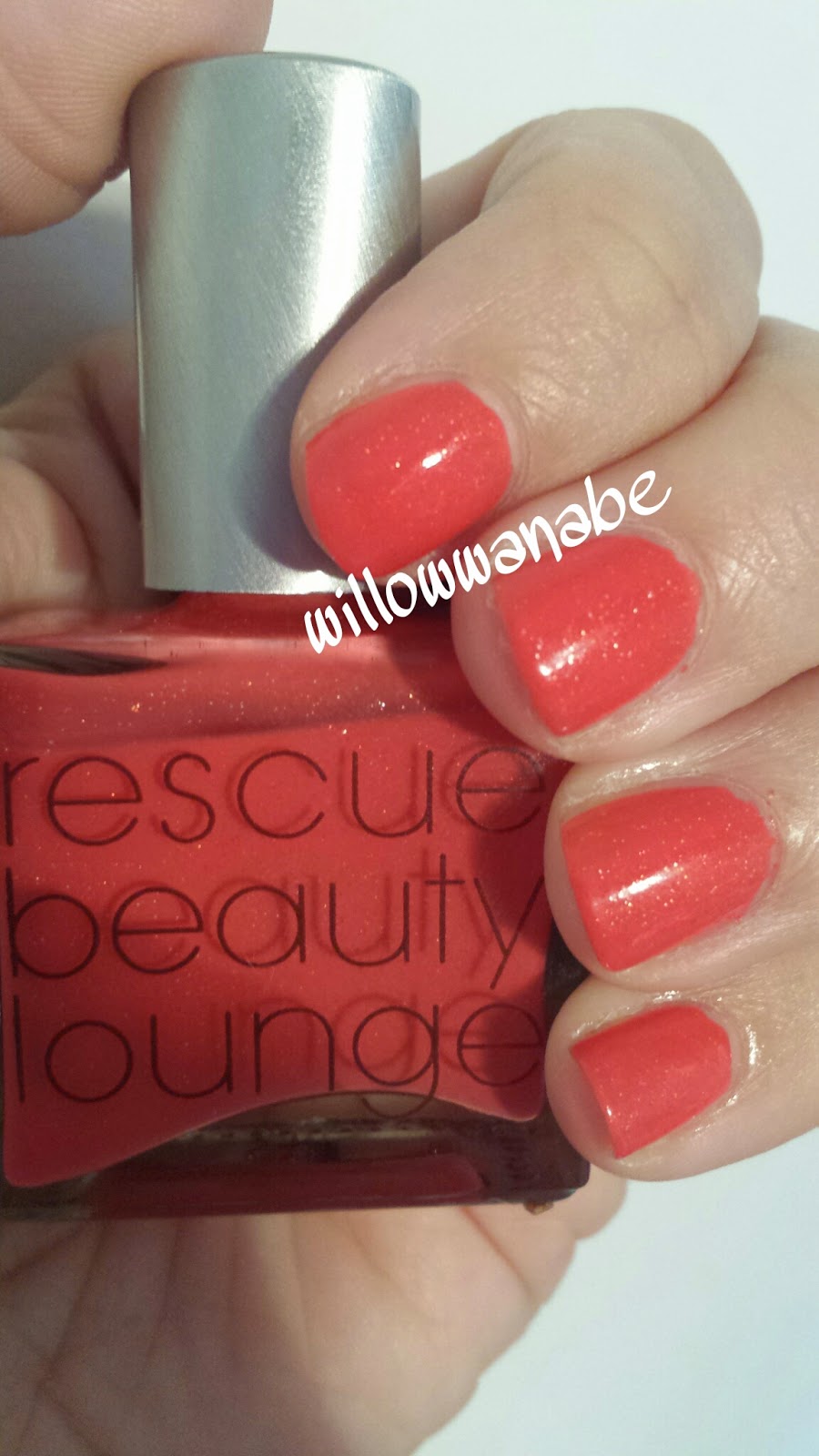 And by Halloweek I mean like 2 posts, lol. I wear all my polishes as manicures so I only change them every few days. I am not really doing anything for Halloween this year, but I am dressing up for work on Friday and hitting the clearance sales Saturday! Without further ado, here it is: 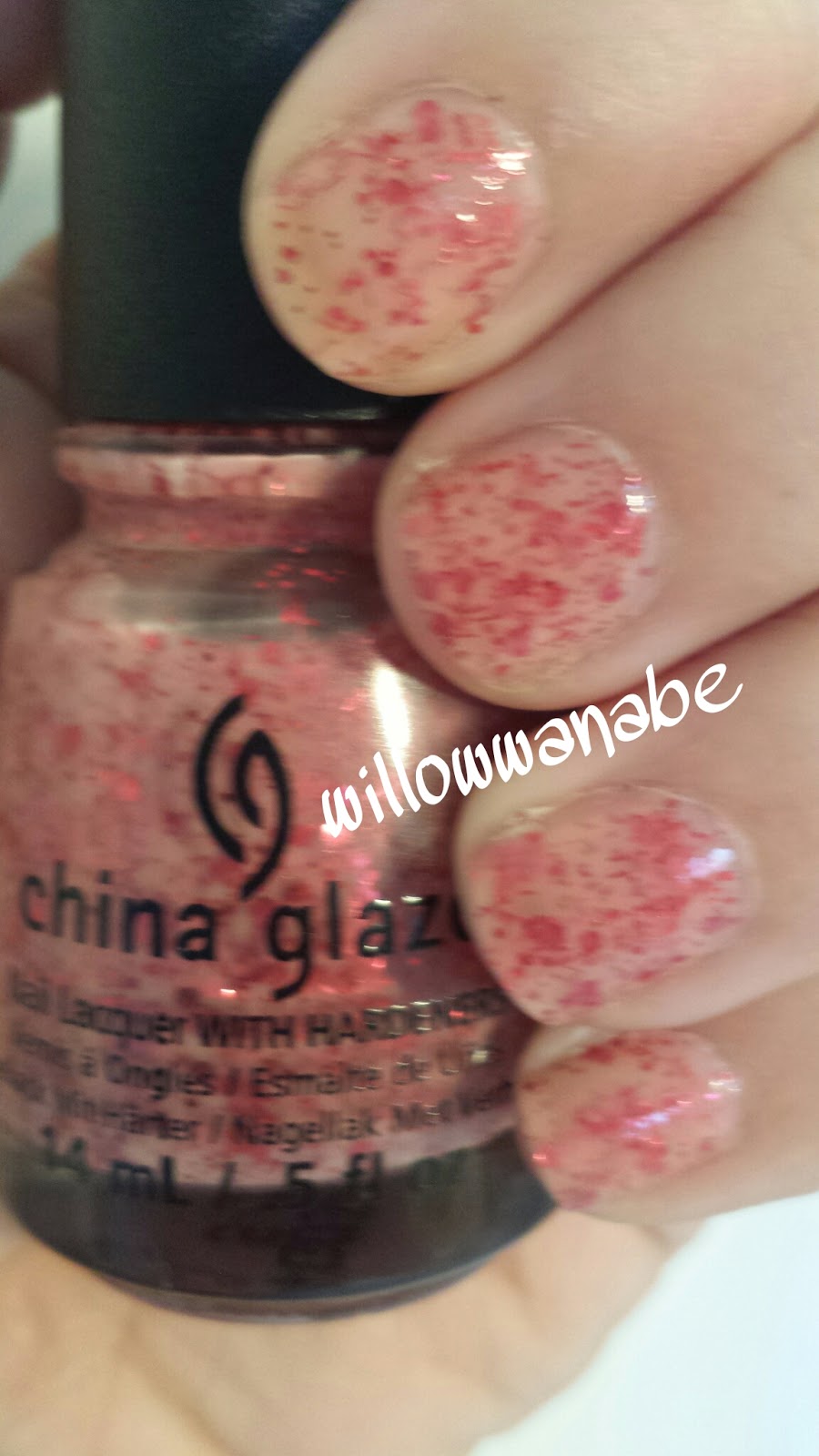 The Dead Don't Bite is a pinky nude jelly polish with red glitter. The nude is actually my mannequin hands shade. If you know of any dupes, please comment! The effect looks like blood splatter or scabs. Pretty Halloween-y!
Posted by Unknown at 05:21 No comments: